The CD was recorded in March, 2005, with myself at the Minster organ. The recording engineer and producer was Andrew Post (currently Organist and Master of the Choristers at Christchurch Priory). The organ was tuned for the recording by Lance Foy, ably assisted by his wife, Julie, who have looked after the Minster organ since January 2000.

I hope shortly to include some sound-bytes from various tracks on the recording, to give some idea of the sound of the instrument. The chamade trumpet stop can be heard on the first track. If you are used to the sound of an organ tuba stop, this will come as quite a shock! The tone is bright and fiery.

I have included pieces that will show as many different sounds as possible, in particular, the Symphony No. 2, by Widor, in which I used many combinations of sounds. A number of solo registers can also be heard, giving a clear impression of the capabilities of the instrument.

In addition to moments of calm and restfulness, the full organ is also heard on a few occasions - with the chamade trumpets coupled through. At little more than head height, the effect of this stop in the Minster is somewhat shattering!

The central section of the Trinity Fugue, by Johann Sebastian Bach, gives the chorus of the Positive Organ a suitable moment to illustrate the clarity of the voicing in the clean but slightly dry acoustic.

However, the quieter stops of the instrument are also displayed in the two Chorale Preludes, by Johannes Brahms and the Berceuse, by Louis Vierne and also in the Second Movement of Sonata No. 3, by Mendelssohn.

The new CD of the Minster organ

In March 2005, I recorded a CD on the Minster organ. The programme is as follows:

If you would like to purchase a copy of the CD, current prices (at the present rate of exchange) are listed below:

You can contact the Minster at: http://www.wimborneminster.org.uk or write to: The Minster Shop, High Street, Wimborne Minster, Dorset, BH21 1HT, UK

Please send a cheque with your order, payable to 'Wimborne Minster Shop'. Thank you.

Alternatively, you can purchase a copy using PayPal. My e-mail address is above. Please e-mail me if you wish to order using this method of payment. 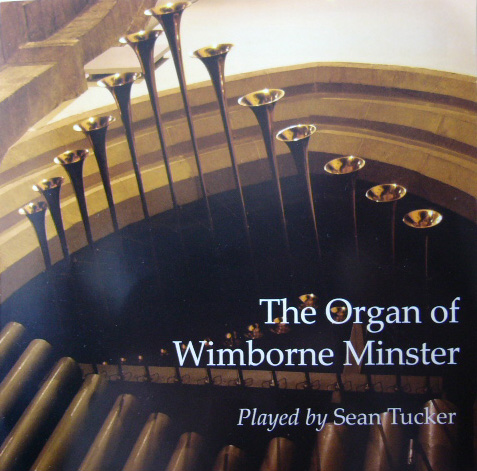